LEICESTER – Recently published by Ashgate, Geometry and Atmosphere: Theatre Buildings from Vision to Reality discusses the complexity of building for the performing arts. Viñoly’s Curve Theatre in Leicester is one of six prototypes featured in the book. The book provides an in-depth study, exploring all stages of the project – from briefing, to designing, to managing the construction process.

As an anchor for redevelopment of the St. George’s Conservation Area in downtown Leicester, the Curve Theatre seeks to engage community life. To fulfill this mission, Viñoly turned the typical theater configuration “inside out,” exposing the production, construction, craft, and technical components of the building to the public, and integrated the performance into the life of the city. 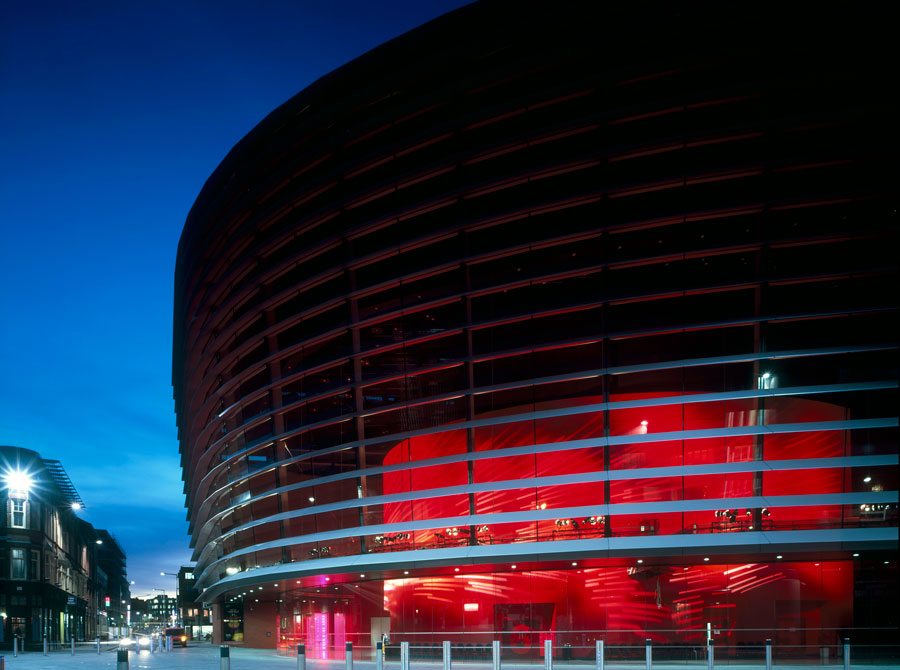