We are proud to announce the opening of the Stavros Niarchos Foundation–David Rockefeller River Campus project at The Rockefeller University, which includes new buildings with state-of-the-art laboratories, a dining commons, an academic center, a conference center, and gardens. These new facilities will further enrich the University’s highly collaborative research environment and also provide new venues for public programs, aiding the dissemination of science to a broader audience.

The Stavros Niarchos Foundation–David Rockefeller River Campus project was launched in November 2014 by leadership pledges from the Stavros Niarchos Foundation and from David Rockefeller. The initiative adds two acres of green space and several buildings to the existing 14-acre campus of The Rockefeller University, spanning across – and 25-feet above – a 6-lane highway in New York City. Designed by Rafael Viñoly Architects, the extension connects the existing campus landscaping and extends four blocks along the East River. The new laboratories housed in the campus extension replace existing laboratories that are no longer suited to the needs of modern bioscience, providing the University’s researchers with cutting-edge, flexible research facilities.

The University also rejuvenated a 1,200-foot long public esplanade adjacent to the campus for the benefit of the greater New York City community. New landscaping, seating, and a designated bike lane was created, while a seawall along the East River was repaired.

The foundational element of the Stavros Niarchos Foundation–David Rockefeller River Campus is the Marie-Josée and Henry R. Kravis Research Building. The building’s long, low profile enhances and preserves the integrity of the University’s original landscape, by extending it out over the rooftop of the new laboratory building. This additional space continues the campus’ tree-lined allées and outdoor “rooms” defined by garden areas that have varying degrees of privacy and access. This expansive addition provides space while maintaining the prized qualities of the site: its historic plan, architecture, and landscape.

The new research building is three stories high and extends almost three city blocks, providing 160,000-square-feet of space, enough to accommodate over 600 scientific personnel. The design of the building reflects the University’s need for flexible laboratory space that allows for easy growth and contraction of research groups; for future modifications to scientific practices and evolution of individual researcher programs; and for cost-effective standardized laboratory fit-out components that can be reasonably customized by each user. The core and shell of the building was developed in modules to house the laboratories in the broadest possible footprints available on the constrained urban campus, in order to meet the need for increasing amounts of laboratory support space. For the fit-out of the laboratories, Rafael Viñoly Architects developed a bollard-based system for the laboratory casework and partitions which provides the University with maximum flexibility for the reconfiguration of the laboratory bench, write-up, office, and research support spaces.

The building was also designed with an awareness of the importance of “soft” spaces–lounges, informal congregation areas, seminar rooms, and general food and beverage spaces–as true components of the building’s research area rather than tacked-on program amenities. These areas support internal collaborations and partnerships with neighboring institutions as well as more distant collaborators. 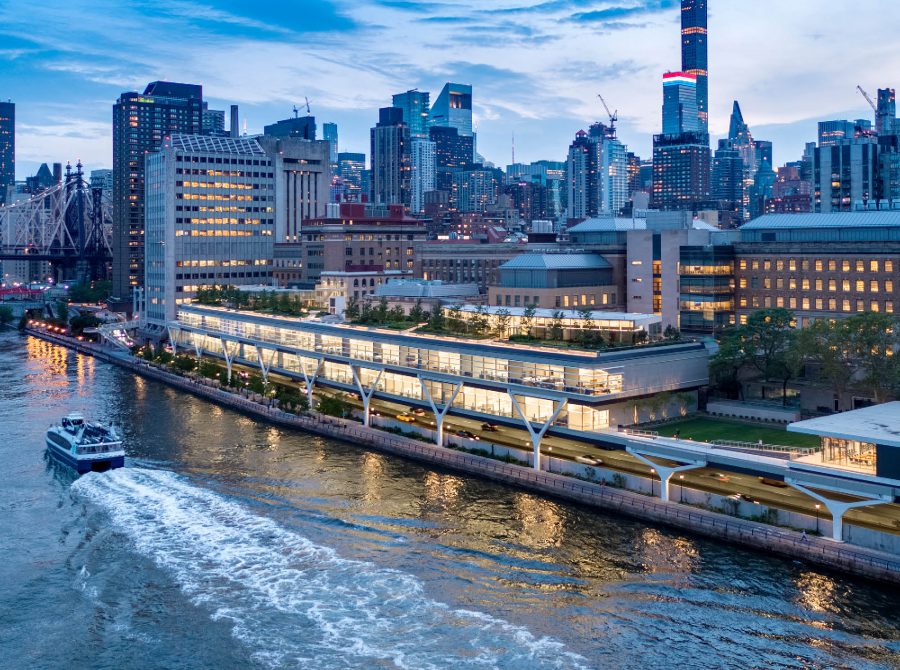 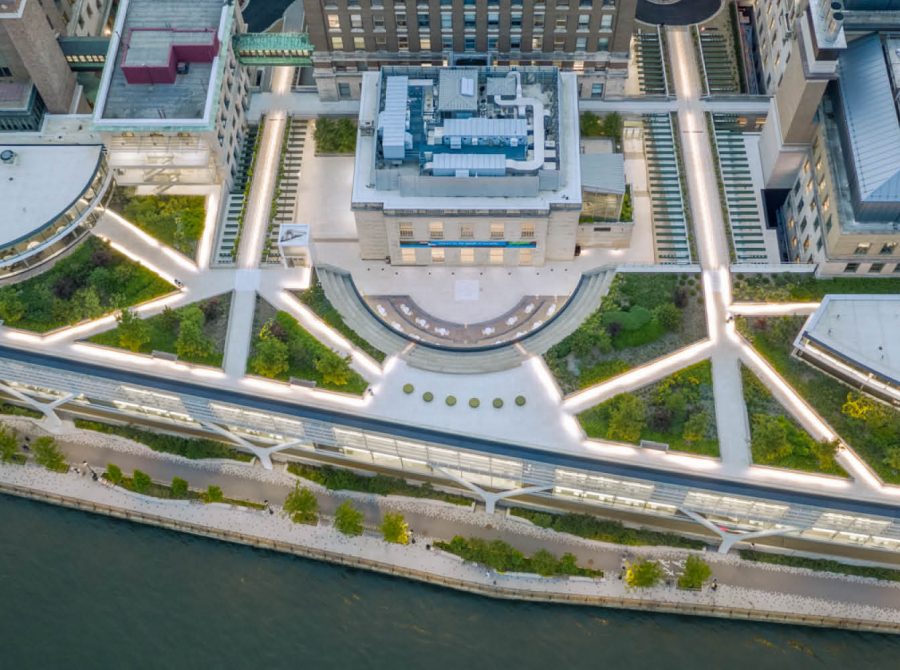 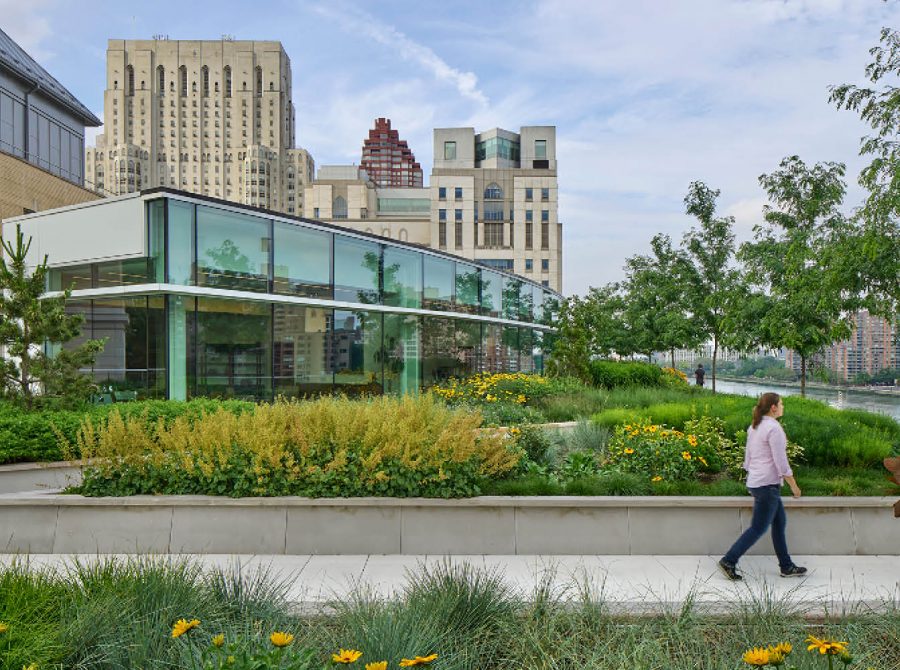 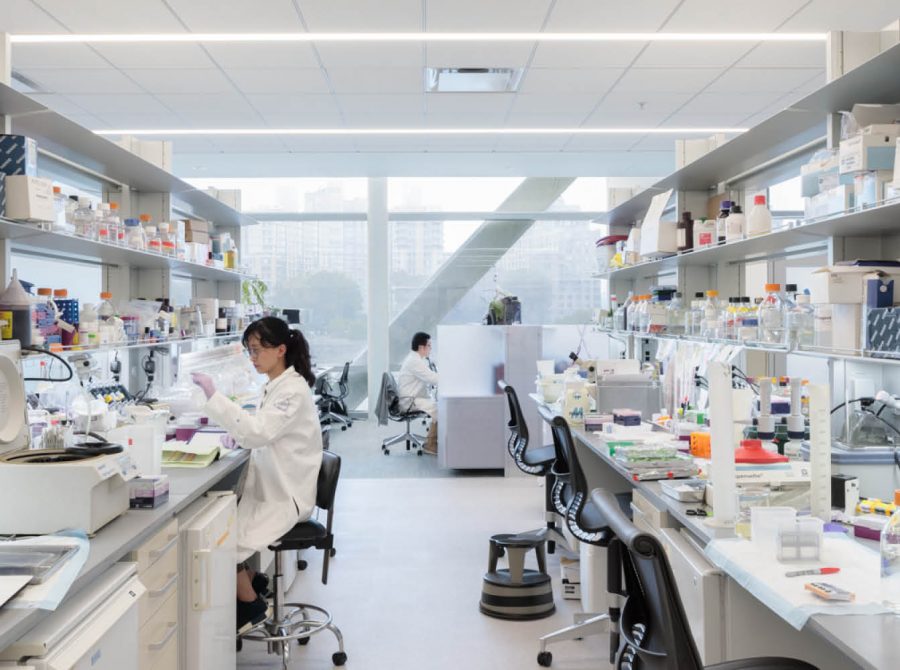 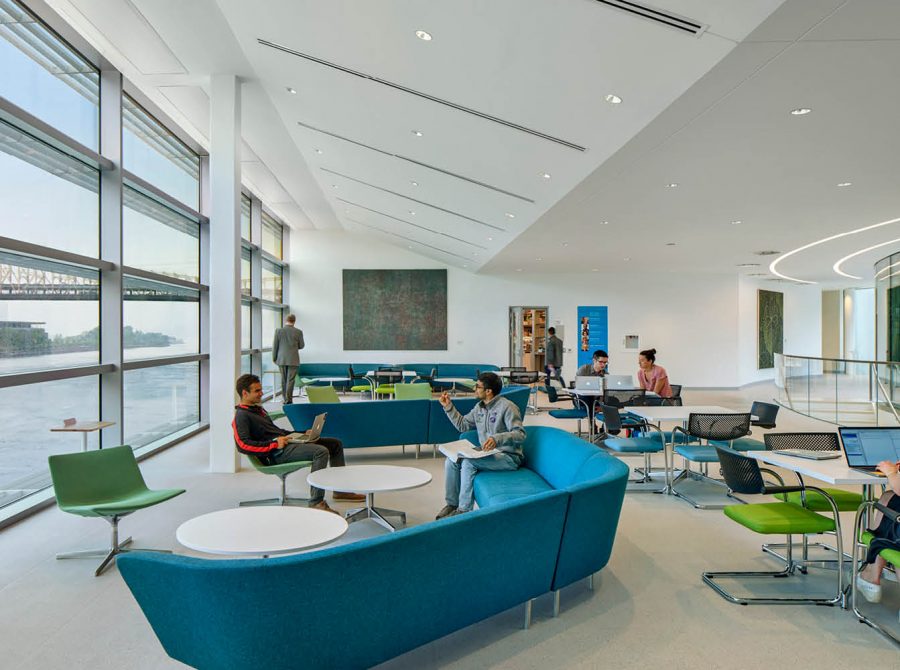 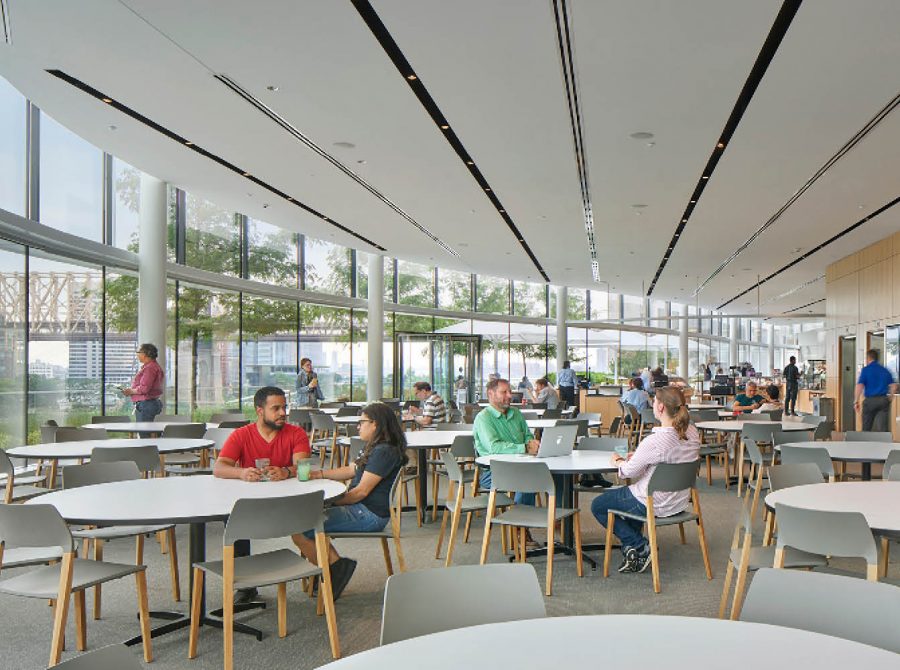