The building restores a key open space feature of the 1937 campus master plan while balancing the needs of its diverse program on a small site and establishing a visual link through itself to the athletic fields beyond.

Rafael Viñoly Architects’ design for Brooklyn College of the City University of New York restores the vision of the 1937 campus master plan. It recreates the West Quad—which was formerly covered by the 1970s Plaza Building and Bedford Avenue Overpass—as a landscaped space, and provides offices for student services and athletic facilities in a new four-story, 19.8-meter-tall (65-foot-tall) brick building along the western edge of the restored quadrangle. With the demolition of the overpass, street-level pedestrian circulation is reestablished between the East and West Quads, resulting in a single campus mall. Rafael Viñoly describes the mall and restored West Quad as an outdoor “living room” for the campus, one that will be used throughout the year for studying and recreational activities.

The West Quad Building integrates two different programs: a double-height sunken volume houses the major athletic programs while a taller, slender rectangular volume facing the quad interweaves student services with smaller athletic facilities. To achieve the required floor area on such a small site, rows of offices cantilever out from this vertical volume. The transparent center of the building allows views from the quad to the athletic facilities out back.

The student-services volume is entered through a double-height lobby, which looks over the NCAA-regulation pool and basketball court, a two-court auxiliary gym, racquetball courts, and a fitness gym. On the second and third floors, student services (bursar, registrar, financial aid, and admissions) are flanked by two double-height spaces for activities such as dance and volleyball. The fourth floor houses faculty offices and classrooms for the physical education department. Throughout the building, interior and exterior glazing establishes visual connections between the athletic and academic missions of the college. 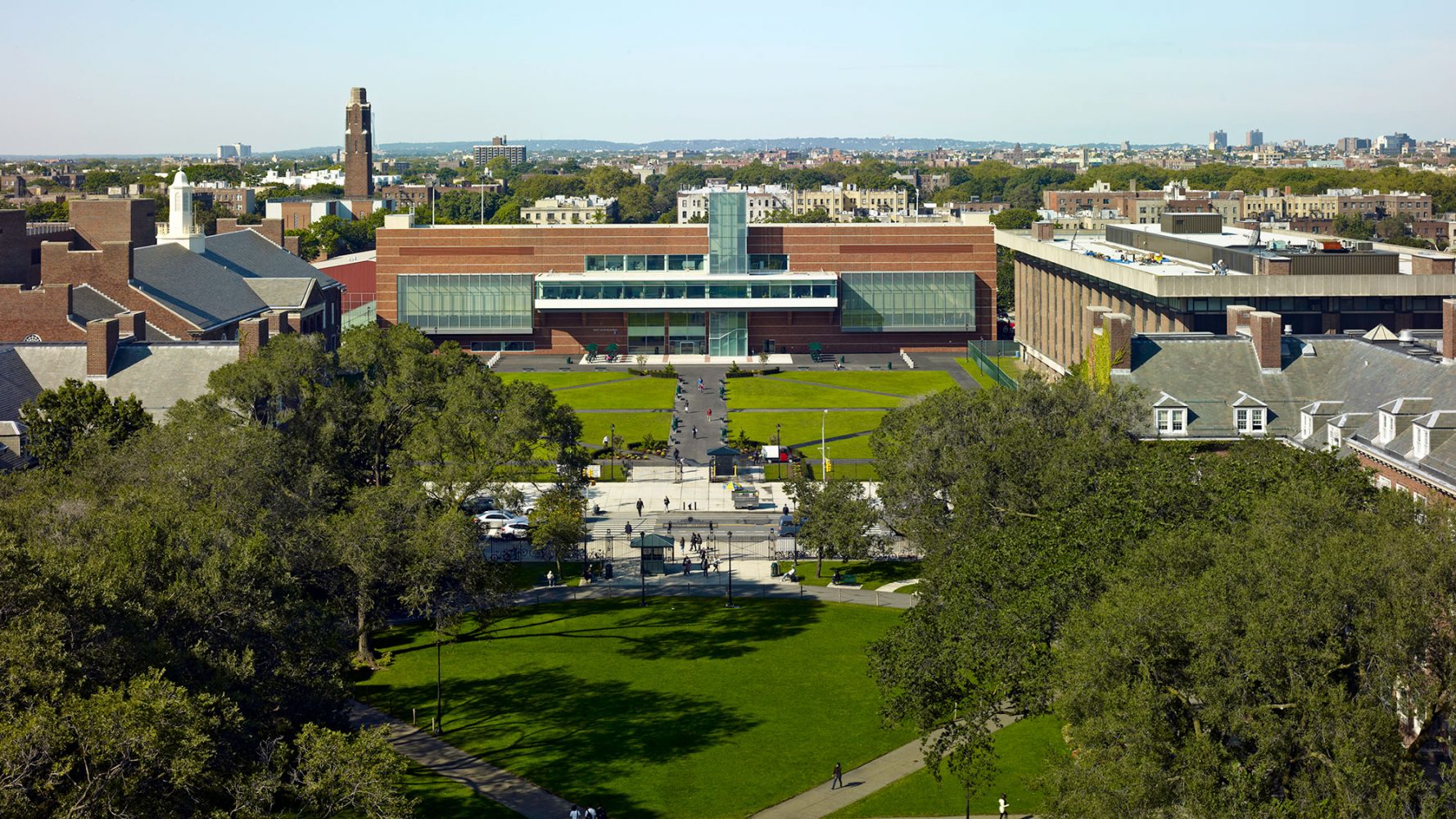 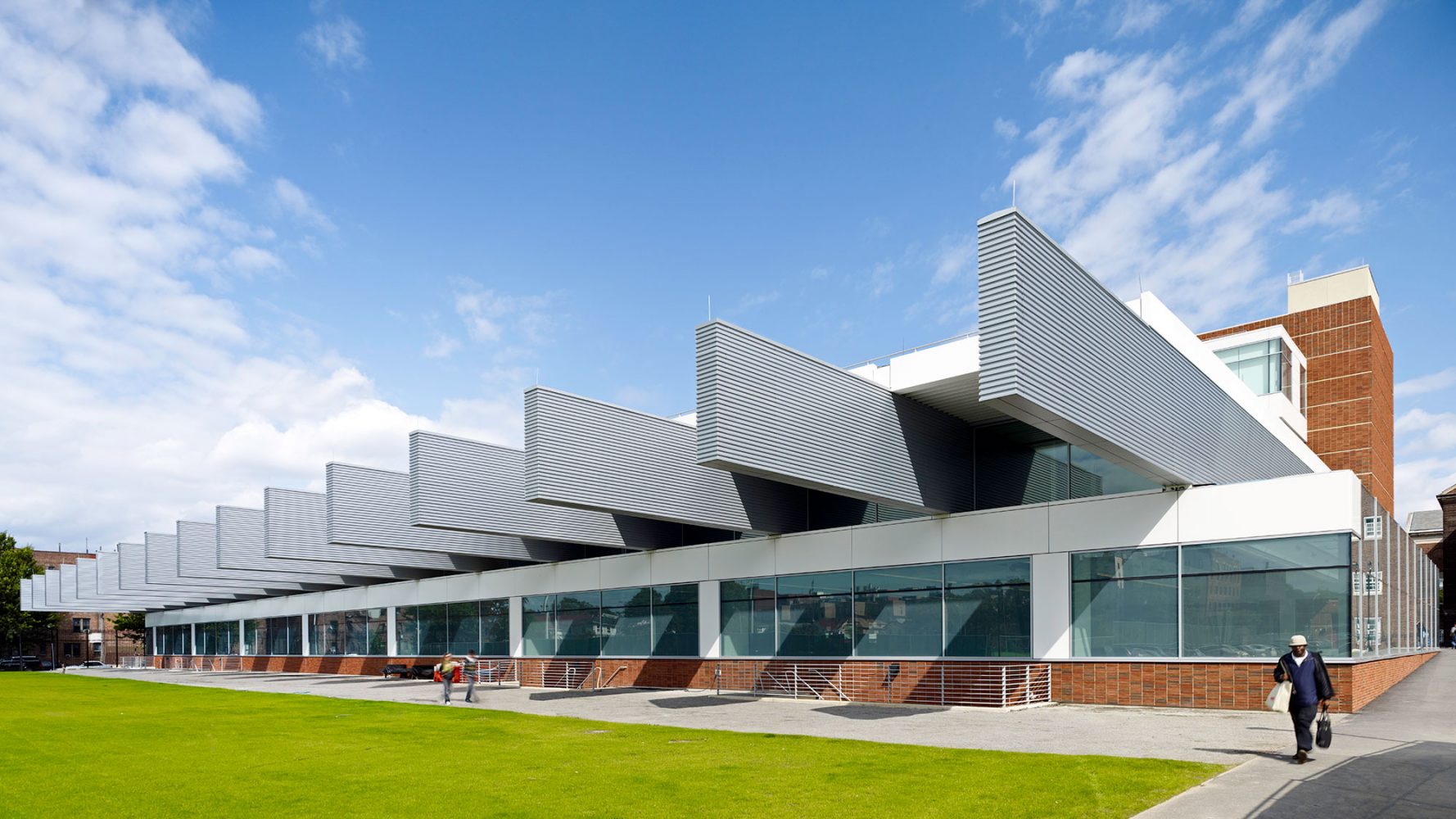 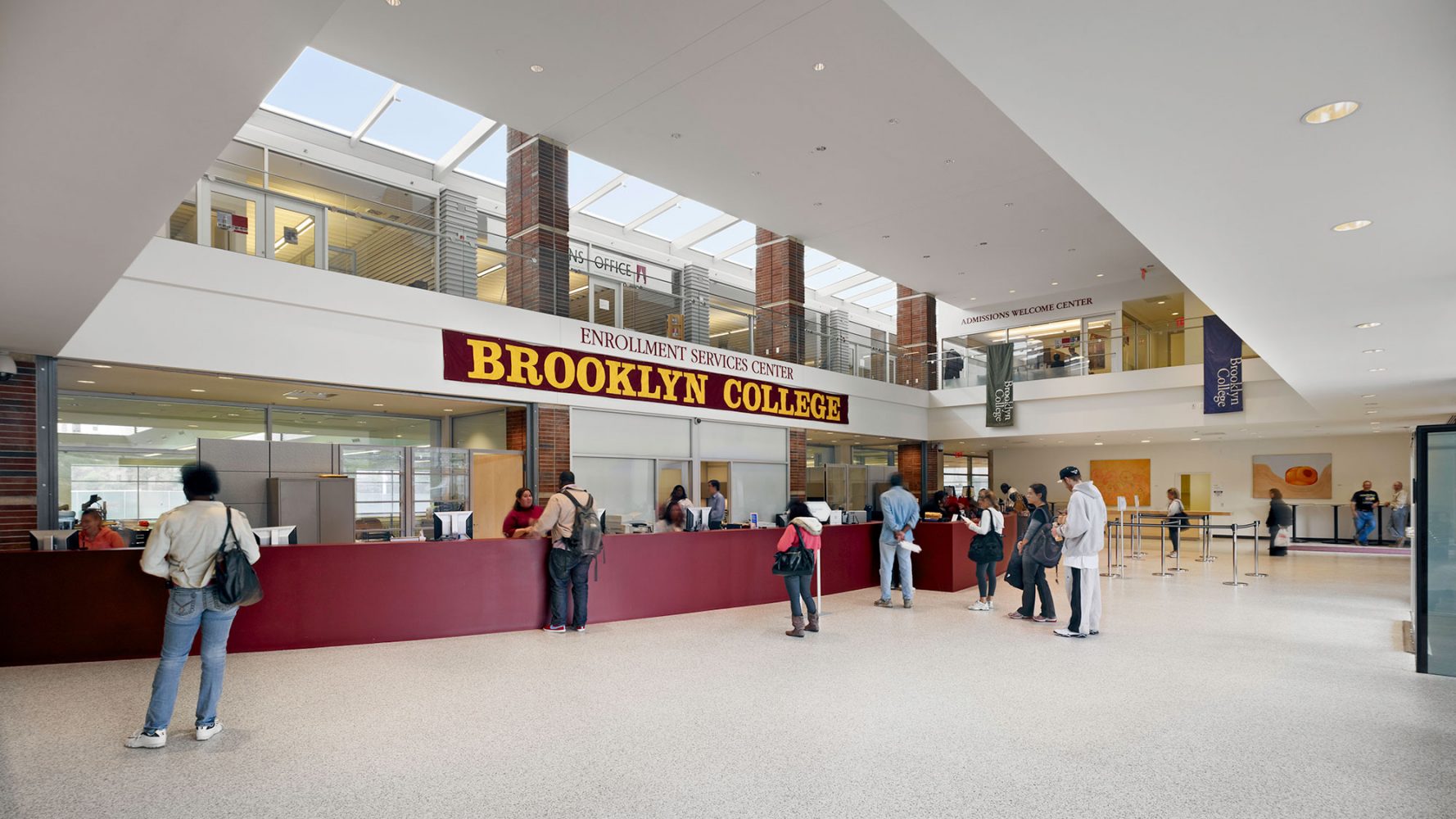 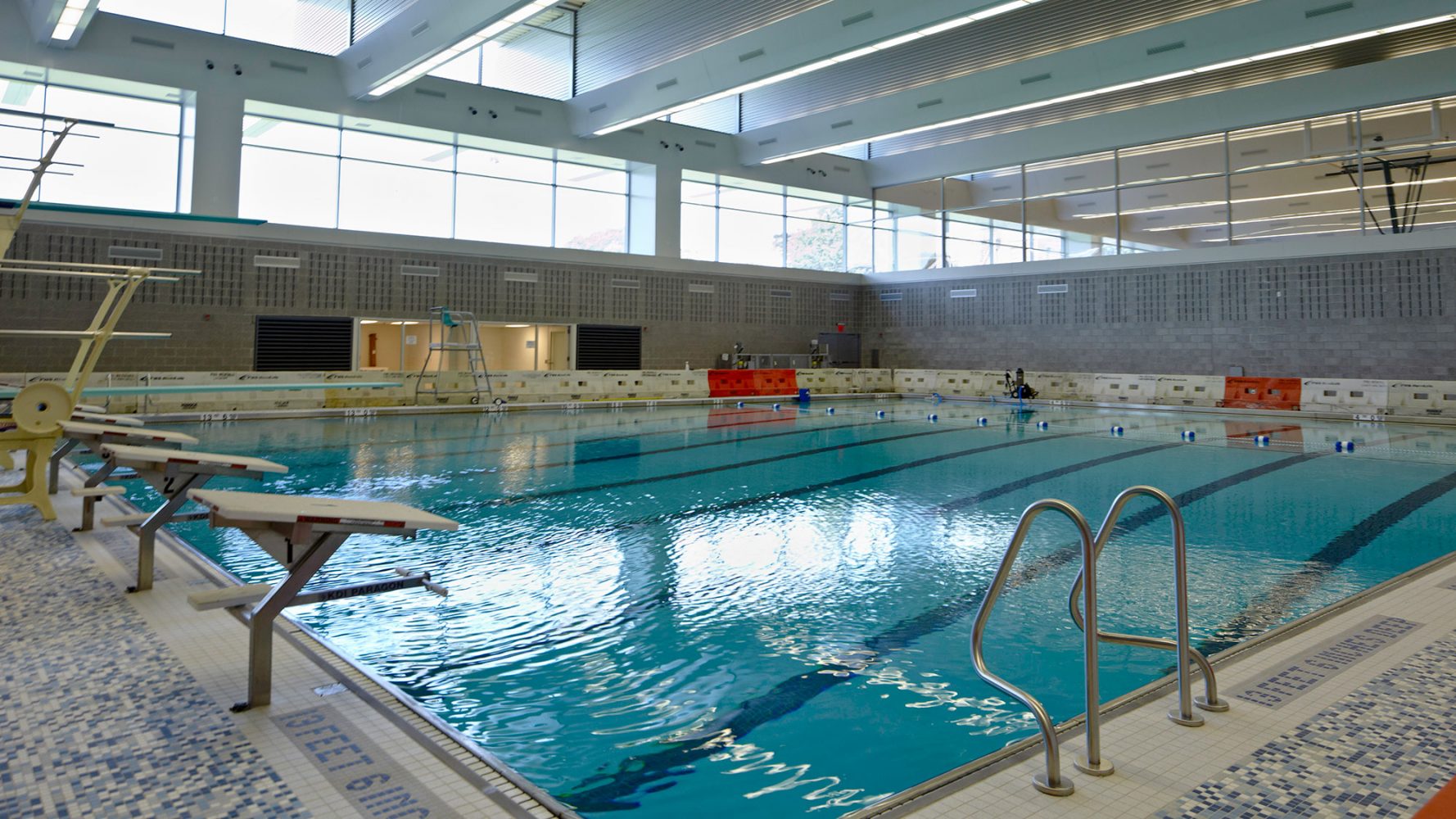 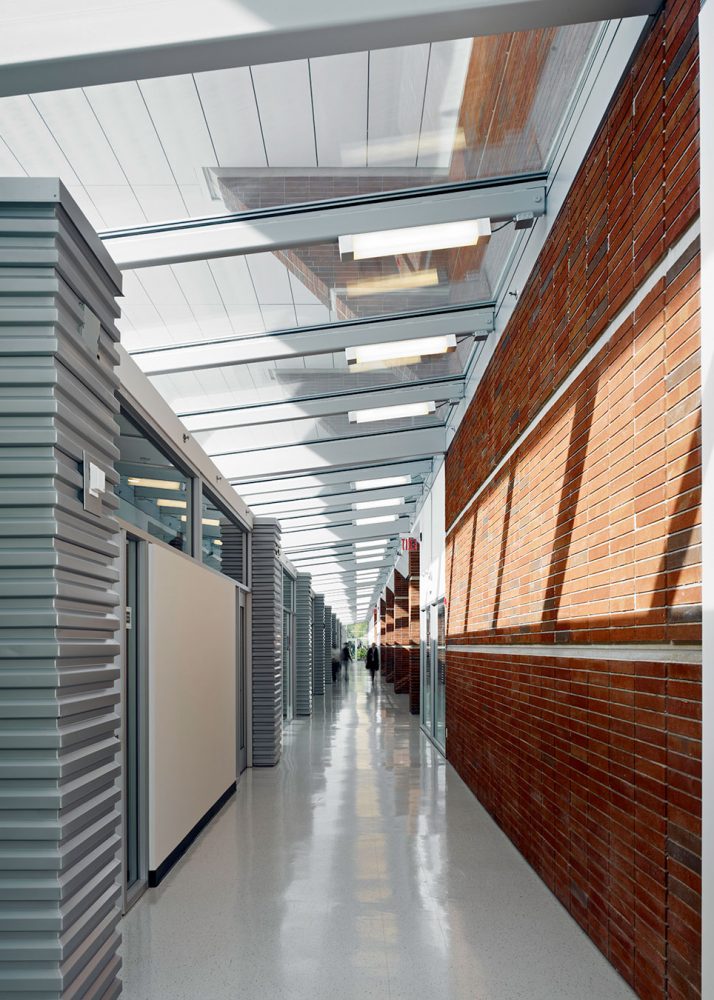 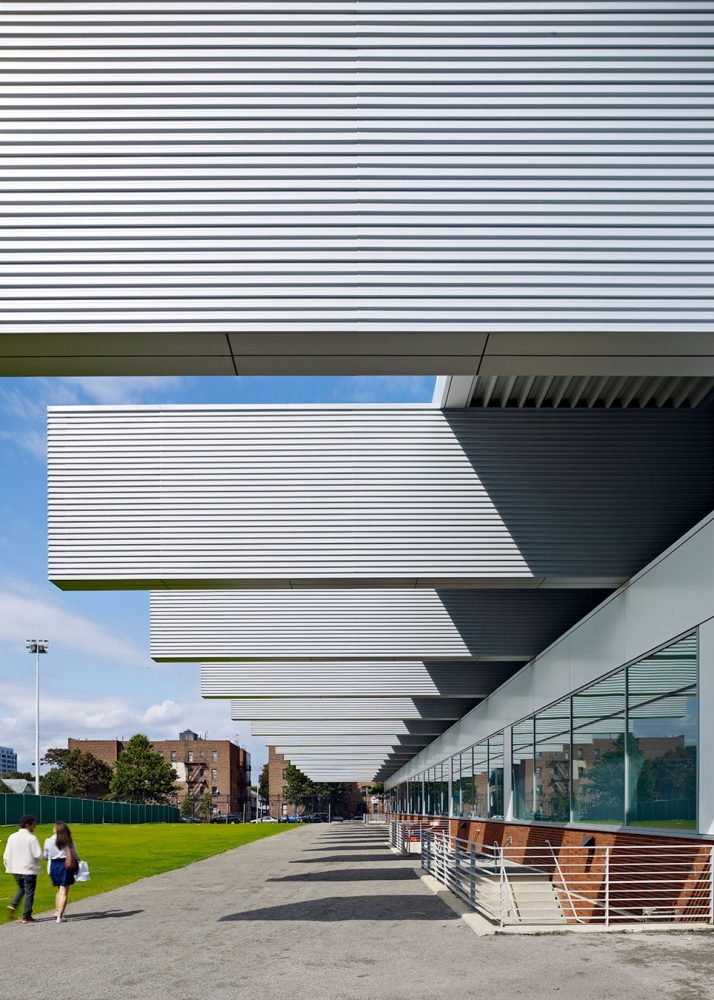 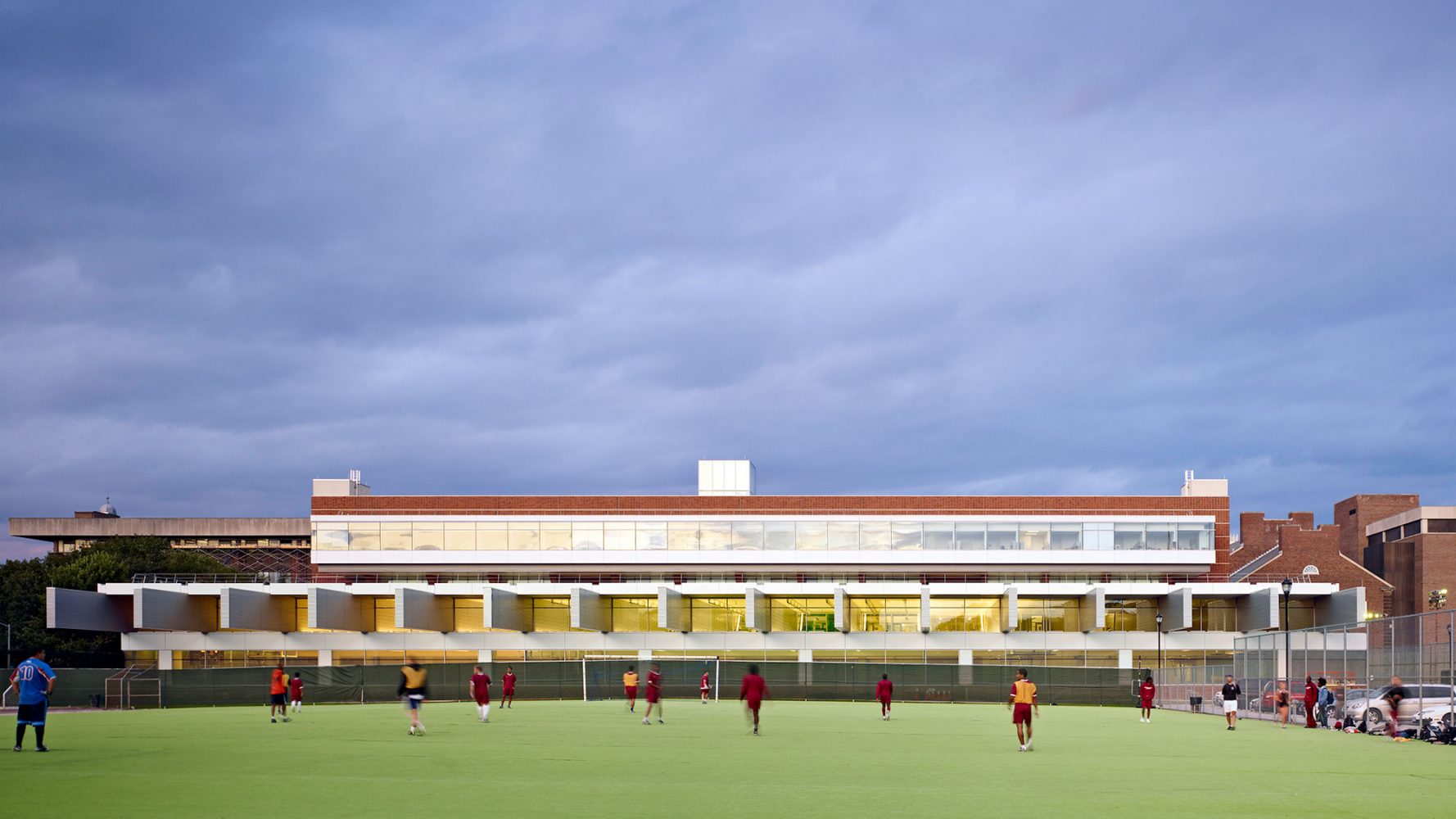 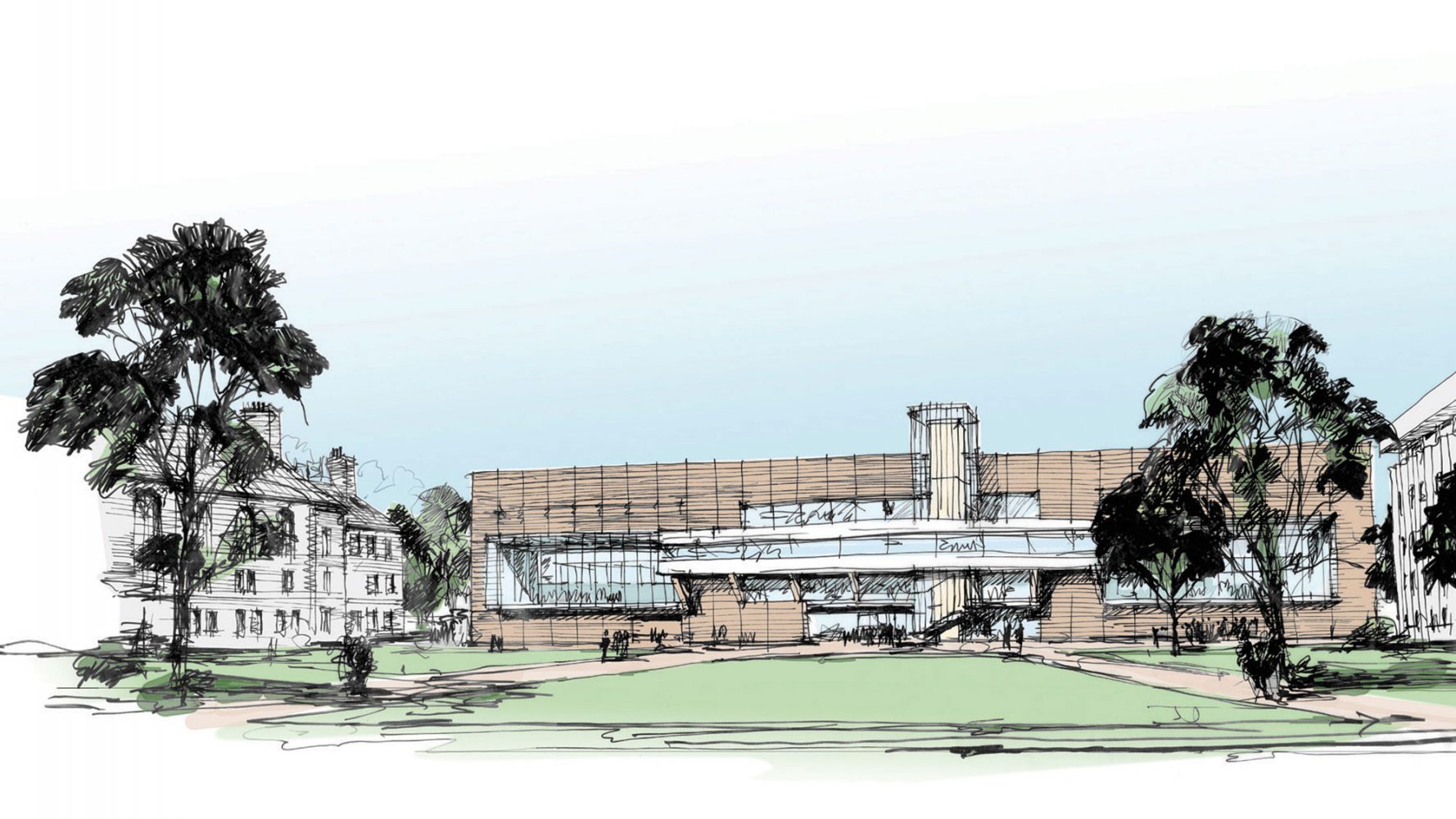 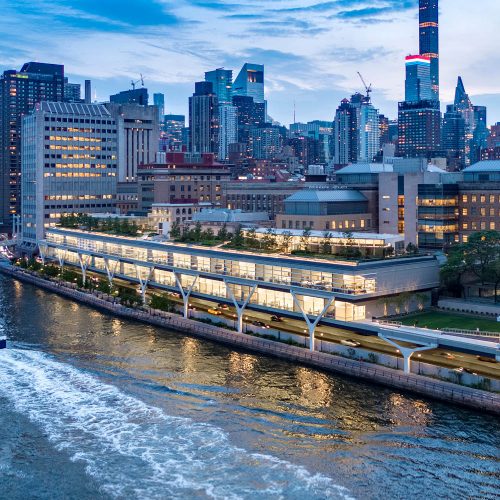 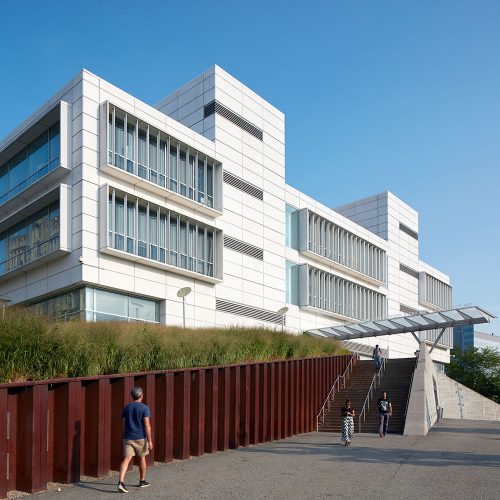 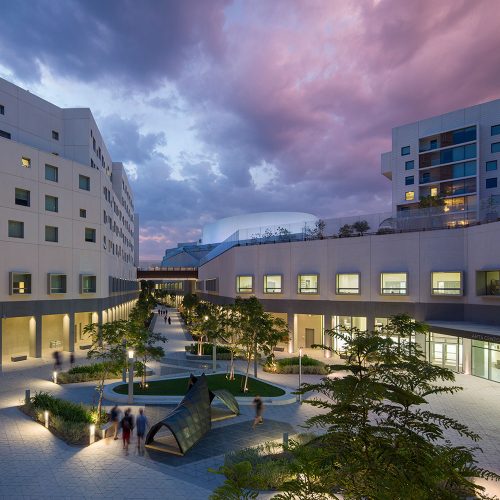 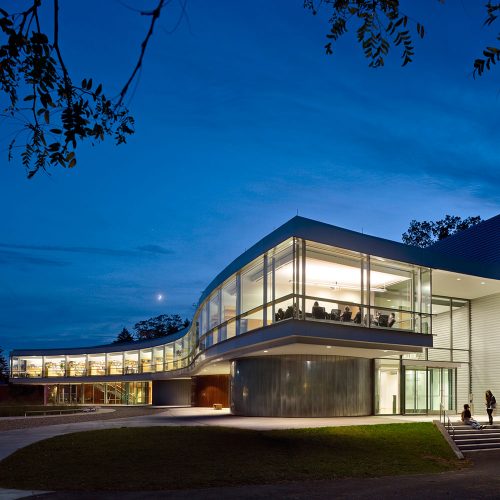 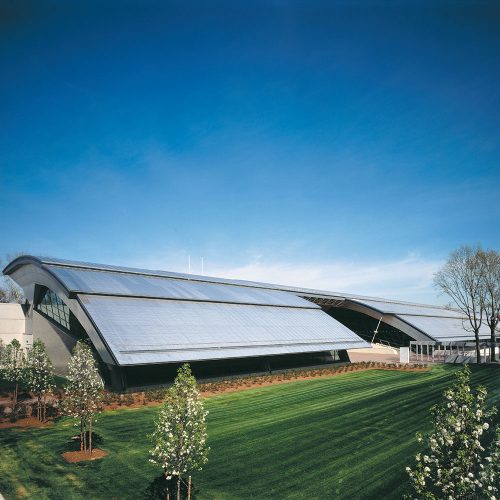 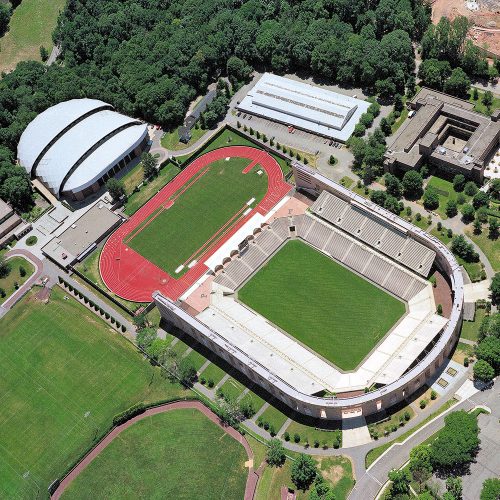 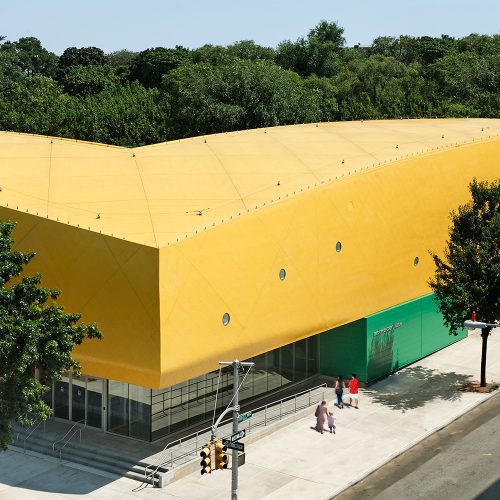 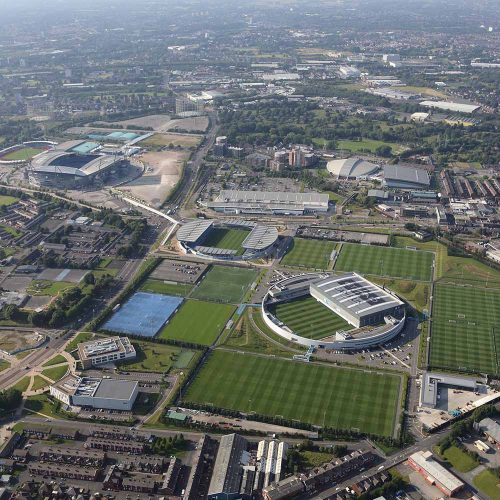